Increase Your Organizations EQ and Effectiveness, Find More Time to Do What Really Matters with the Right Coach

WHY Coaching is Effective and a Great Business Investment
Patty DeDominic 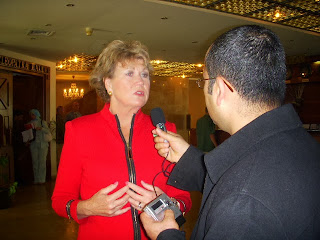 There is a rising demand for coaching core competency as part of organizational development.
Coaching has been identified through recent research as a skill that:

• Teaches people how to be in a real time situation and not locked into mechanics or relying on outdated systems or philosophies.


Patty DeDominic has been a professional coach and a CEO for over 20 years.  Patty and her firm have helped over 250,000 people,  yes, that's right, over a quarter of a million people!    Her company and team have worked with Chambers of Commerce, educational institutions, governments and private enterprises to effectively coach  and enable positive change. In order to become an effective coach, people must learn how to let go of their own agenda and listen to really understand another person’s frame of mind or world view; learn to ask powerful questions from a place of curiosity, and rely on another person to take full ownership and accountability to create what they want.


DeDominic and her team have received Congressional and U. S. Dept of Labor and US Small Business Administration awards, proclamations and honors over the past decades.
Coaching is here to last!

According to the American Management Association, this type of professional development is not a fad. It is a strong trend that has been building over the last 10 years resulting in almost 50% of companies in the U.S. having already implemented some type of coaching program.   According to the American Management Association, 37% of the remaining businesses says they are planning to start in the near future.

•  Systems developed at Harvard University, Berkeley and in the trenches as well as collaborations with national coaching and training organizations to assure excellent outcomes in coaching

• Live and high-impact learning weekends with coaching and feedback

• One-on-one coaching and feedback to lock in learning

We have delivered our training programs on site to specific organizations and their leadership teams. We also have an open enrollment curriculum scheduled each year for participants attending from across the country.


DeDominic & Associates and the Pure Business Team  is committed to providing results-based, revolutionary training that creates positive change throughout our business world and beyond. With experienced coaches and facilitators we are known as masters of  training and providing the highest level of educational value for thousands of individuals worldwide, results are guaranteed. 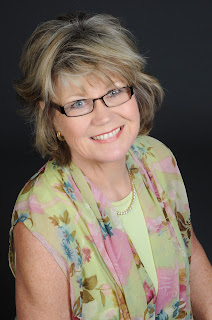 Posted by Patty DeDominic at 4:16 PM No comments: 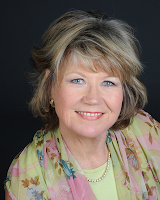 Activism Pays off for Women

The G20 Commits to Development for Women:
How One Coalition Made It Happen

Mary Schnack, Susan Solovic  and I have participated in many  advocacy organizations and activities.  Our last big trip was to Israel and Palestine for Vital Voices which is an amazing global catalyst for women's policy and education.    The attached article is about progress made today at the G20 Summit.

We were not involved in this most recent success, however we know that all builds upon the work of previous education and efforts and we encourage you to reach out and do what YOU can to make the world a much better place.     It does not take a lot... it just takes a lot of people doing something!
Patty DeDominic 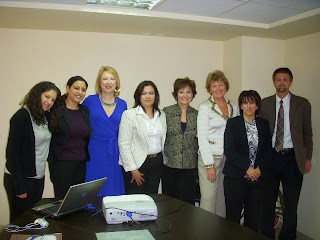 In the hills overlooking Florence is the 15th century Villa La Pietra, originally constructed for Francesco Sassetti, a Medici banker. Now the Florentine campus of New York University thanks to the last will and testament of Lord Acton, Villa La Pietra plays host to conferences and gatherings of leaders and academic experts from around the world and it was just such a gathering three years ago that an ad hoc coalition of feminist NGO leaders and corporate officers took on the issue of women’s economic development globally – and vowed to put that issue squarely on the table for the world’s leaders in short order.

As the Group of 20 leading economic nations wrapped their meetings in Los Cabos, Mexico with a long statement of purpose and direction, that group that came together in the Tuscan hills took quite a bit of satisfaction in the results – which include an explicit call for “full economic and social participation” for women. What began in that first gathering in Florence became The La Pietra Coalition, a “breakthrough initiative” convened by the nonprofit Vital Voices Global Partnership and bringing together Nobel Laureates, leaders in business, media, academe, civil society, government and elected officials committed to the belief that “investing in women is smart economics.” (An important note of disclosure: I’m honored to be a volunteer member of the Coalition and I take part in occasional meetings and strategy calls. I support its mission fully).

Over the last year, the Coalition launched a campaign called the Third Billion – which refers to a billion women who will enter the global economy over the next decade – and took dead aim at pressing the G20 to put women’s development on the agenda in Mexico. That work paid off; according to the formal G20 declaration released by the White House:

We commit to take concrete actions to overcome the barriers hindering women’s full economic and social participation and to expand economic opportunities for women in G20 economies. We also express our firm commitment to advance gender equality in all areas, including skills training, wages and salaries, treatment in the workplace, and responsibilities in care-giving.

“This is HUGE, as women in many of the G20 countries – both develp0ed and emerging economies — have never had this type of clear mandate for equality,” said Sandra Taylor, senior director of the La Pietra Coalition. “Of course women’s groups must now identify just how equal opportunity can be realized in their country, participate actively in the policy process and keep the governments honest.”

The declaration comes at an opportune time. Never before has the issue of empowering women on an economic basis had such political currency across diverse regions. As someone who attends his share of NGO conferences and meetings, it has become an expected topic of plenary addresses and panel discussions. And it only takes a good pair of eyes to see the growth of feminism in economic development and global politics – women now outnumber men in the NGO world and their work, particularly that of young women who demand equal political access, is beginning to drive the global development agenda. And while the headlines around the G20′s work center on issues like Europe’s troubled economic policy and climate change, the section on women and development is the kind of breakthrough that recognizes a social and political shift that is already well underway.

“La Pietra Coalition has been working with the G20 for some time to expand access to financial services for women,” said Taylor. “We are very encouraged by their very direct instruction to the World Bank and the OECD to identify barriers and make a progress report by next year. We are ready to offer the evidence we have gathered on these barriers and make recommendations for solutions. Furthermore the G20 leaders made a commitment to take action in their own countries to remove economic and social barriers and expand economic opportunities for women, through gender equality in the full range of social and labor issues.”

What I might be tempted to call economic feminism is clearly a growing force. Over the next decade, the impact of women on the global economy – as producers, entrepreneurs, employees and consumers – will be at least as significant as that of China’s and India’s, respective, one-billion-plus populations, if not greater, according to the La Pietra Coalition. In the words of the Third Billion campaign: “if women’s economical potential can be successfully harnessed and leveraged, it would be the equivalent of having an additional one billion individuals in the work force, contributing to the global economy: often referred to as the ‘third billion.’”

In the introduction to the first chapter of Vital Voices: The Power of Women Leading Change Around the World, the excellent new book by Alyse Nelson about women’s leadership and the organization that created the La Pietra Coalition, Michelle Bachelet, the former president of Chile and current director of UN Women and United Nations Under-Secretary, puts this evident trend into instant perspective: “Experience has taught me that there is no limit to what women can accomplish.”

This article is available online at: