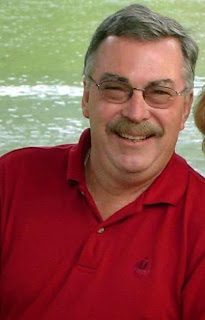 Batten Down the Hatches

I follow the economy closely;
for my own benefit and that of my clients.
I share that information in various articles
I post around the internet. I share Patty DeDominic’s
view that things are going to get a lot worse
before they get better.

The only entities who are getting a break right now are the banks & financial institutions that caused this mess in the first place; but not enough to free up credit and get money flowing again. As a nation, we abused credit anyway and have some shaking out to do. The vast quantity of new dollars the Fed (Federal Reserve) is pumping out are counterbalanced by new national debt which we will soon have to face. Guess who gets the bill? The dollars themselves will create inflation, as well as a diminution of its luster as the world’s reserve currency. Just ask the Chinese. They’re using their vast reserves of US Dollars to buy hard commodities like copper and gold; fearful that their dollars will become worthless. Ask the G-20, which is bandying with the idea of creating a new world reserve currency. Meanwhile, our government enacts vast new spending programs; which in my opinion will do much more harm than good. None of this bodes well for the US economy. Like nature, economics always assesses a price for our foolishness.

So what does all of that mean to you?

The Fed won’t solve the problem, and the government’s only throwing band-aids on it; band-aids that we’ll pay for soon. We’re in for a long haul of bad news, surprises, and continued economic decline. Most of the world is along for the ride, so they’re not going to pull us out.

Hang on to your job for dear life, and be glad to have it. If you lost yours, get anything you can to reestablish an income; as soon as possible. This is not a time to be proud. It’s a time for survival; anyway you can. Just look around you. It’s ugly out there. All fluffy talk from Washington aside, the reality on the street is dark and getting darker.

For folks like me, who already face age discrimination and the natural challenge of fighting for a narrow band of senior-level jobs, “dumb-down” your resume if you have to and reach lower.
If and when the “pregnant” issue of your old salary arises, be honest and explain that you’re willing to accept a lower income for the opportunity of reestablishing employment in a stable position, or something similar. You’ve been in the hiring chair. What would have worked with you?

This isn’t one of those annoying little recessions we’ve all been through where we get mildly inconvenienced for a few months and then go back to business as usual. This time around is ugly, deep, stubborn, and unprecedented. Even when we finally dig out of the current problems, we’ll have a whole new set of challenges facing us as a result of the price tag for the current rescue efforts. There’s good reason why the news is filled with articles about people retiring later and working longer. Nobody’s 401k went unscathed. It’s becoming a long-term trend.
As the old saying goes: “We have met the enemy, and they are us”. Our" enemies" overseas will no doubt take advantage if they can. Who knows how this will ultimately shake out? The problem is that we’re so vulnerable right now, it’s hard to read the runes and know what to expect. For my money, I think the bank problem is being intentionally understated and we’re in for much bigger problems than we’re led to believe.

I went to a job fair the other day. Nothing but low-level jobs. Lots of grey-hairs there looking them over. Take that as a clue. If you have to, get in line and be glad there’s a line to get into.

An article I read yesterday reported that auditors think at least 25% of American companies won’t be going-concerns (viable businesses) anymore by year-end. 25%!!!

I pray that I’m wrong, but I don’t think so.
As we used to say in the service: “Prepare for the worst and you can only be pleasantly surprised”. I used to be in the Navy, on an amphibious ship – a nice, big, slow, poorly-armed target. I sort of feel that way now. “Bombs” are falling all around and there’s no way to fight back or escape. Time to find a deep hole and wait it out.

Dig in, get what you can for income, cut your spending wherever possible, and ride this out. That’s really all us “mere mortals” can do. The root causes of this mess, and the solutions, are way over our heads.

Good Luck to us all,

If you want to follow the articles I post on the economy, you can find them at: http://walshal.wordpress.com/. I select sources who have displayed an amazing capacity for incisive analysis. I’ve been following them for years. They saw what was coming, and why. You won’t find this information in the boiler-plate press.
Patty's note:
I had to stop ready Harry S. Dent Jr's book, the Great Depression Ahead. It just shook me to the core and I was finding it difficult to find the "lemonaid" in his predictions for this year and next....nothing but "lemons" there. I really have to find a balance between scaring YOU and myself....and motivating you to go and look for those opportunities... THEY are out. ... but you are going to have to work hard to find them!
Posted by Patty DeDominic at 3:09 PM

I just posted an article wherein the World Bank and IMF called the current world economic situation a CALAMITY - the worst in generations. I don't like alarming people, but this mess is real, big, and getting worse.